Spanish John, Being a Narrative of the Early Life of Colonel John M'Donnell of Scotus, written by himself, Kelso Graphics, 1993

The republication of the memoirs of Colonel John McDonnell of Scottas (1728-1810) will be welcomed by Highlanders the world over. Neither romantic novel nor learned history can conjure up for us so vividly as this unashamedly prejudiced eye witness account the atmosphere of the aftermath of "the 45", the fierce loyalties and bitter hatreds, the high principles and barefaced villainy. 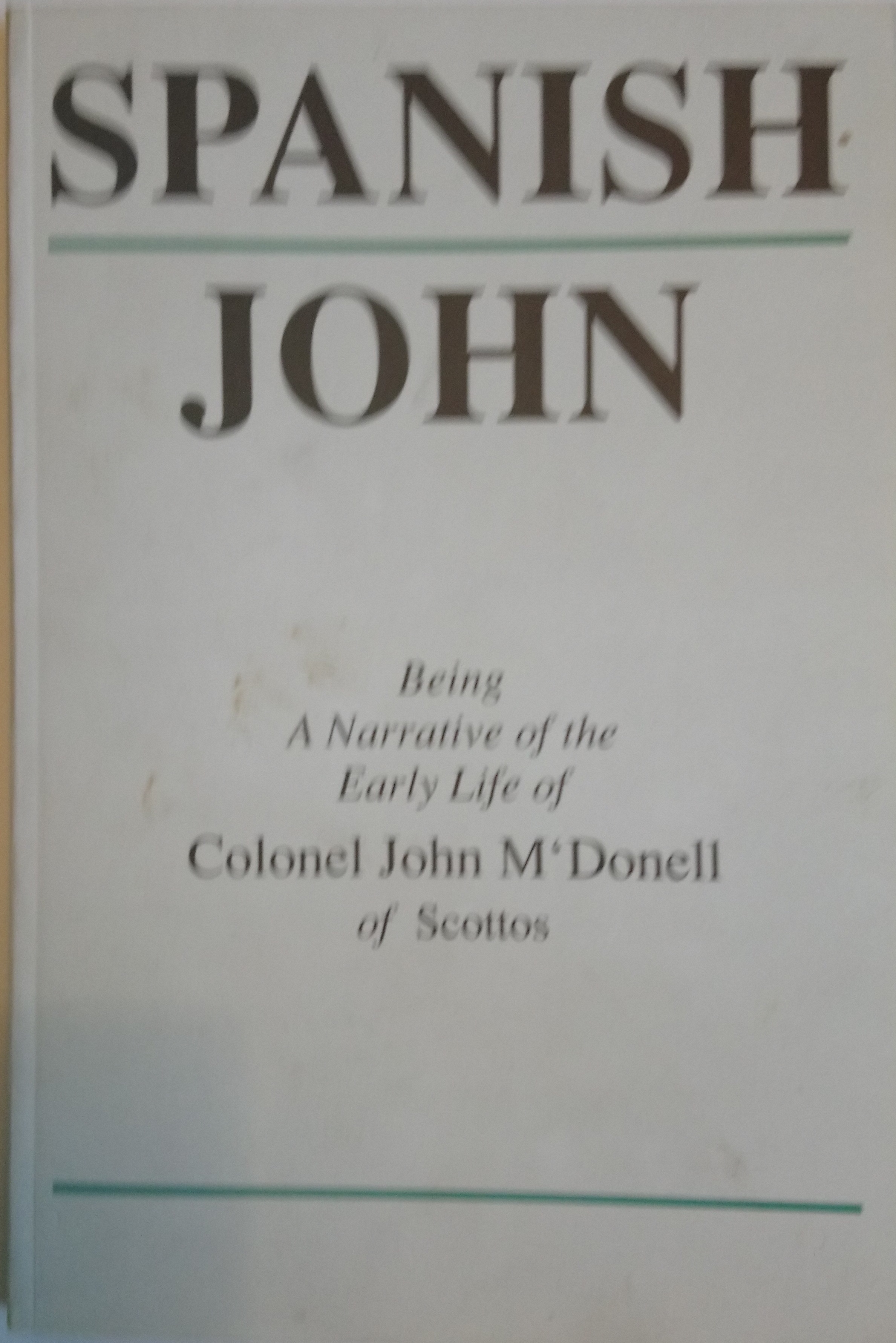 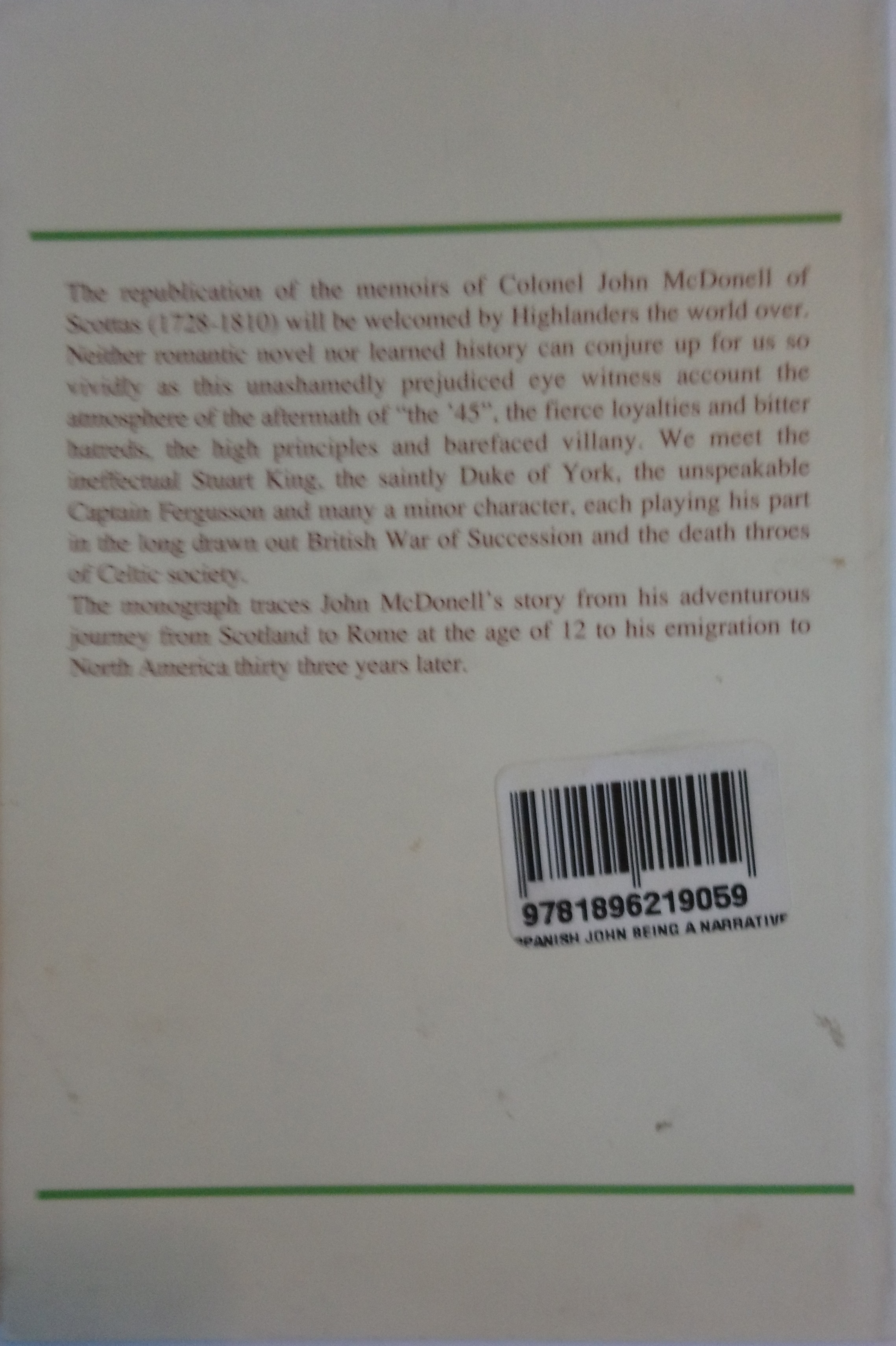 Places where you can try purchasing this book